Lisbon, Portugal, February 24, 2020 — ADDAC System announced that the company has entered its 10th year - a milestone that coincides with the explosive growth of modular synthesis.  ADDAC System - which designs and builds all of its innovative modules by hand at its modest offices in Lisbon, Portugal — is used by recording artists and performers around the world and across many musical genres. The company’s portfolio of products includes every dimension of modular synthesis: from oscillators to filters, to from mixers to sequencers. and everything in between.

The company began in 2010 when founder André Gonçalves was at a crossroads, balancing his desire to make a living creating music and art with the reality of maintaining a day job. Ultimately, he decided to forgo his day job in favor of designing and building what would become the very first ADDAC System module: the ADDAC001 Voltage Controlled Computer.

“I designed that first module based on something I thought was missing in my own modular system,” he recalls. “After the prototype of that module was finished, there was some interest online and some friends encouraged me to try selling it. So here we are ten years later — what started out as a side hobby has now grown to become a central part in my life and what ADDAC System is today.”

Since the very beginning, ADDAC System has always designed its modules from a performance vs. efficiency mindset: “As a performing musician myself, I always take in consideration the need to travel and space constraints in my rack. This has led me towards designing modules that take up the smallest possible space — without necessarily sacrificing features,” says Gonçalves.

Serendipity strikes
​Much like the music that emanates from creative experimentation within modular systems, ADDAC System happened organically and found its own path: “I never sat down and defined my overall intentions for the company, and never wanted to remake the wheels of modular synths,” he says. “Instead, I always looked at developing what I thought was missing in my own modular system, and I remain keen on bringing tools that are somewhat unusual to the market.”

Gonçalves’ background was in programming Max MSP — but over time, he became weary of the computer and its lack of a tactile user interface — particularly when creating or performing music. “What always attracted me to the modular ecosystem was its immediacy and the way you can control the whole machine — one knob and one function at a time. This aspect led me to work on dedicated modules, each with their own functionality.”

Since ADDAC System began in 2010, the market for modular synths and the Eurorack format have grown exponentially. “When I began, modular synths were still a very obscure instrument — not many people even knew they still existed,” says Gonçalves. “The user community was very small yet very supportive.” Now, modular is among the fastest growing segments in the musical instrument space, as evidenced by larger and more established brands entering the market.

Freedom to design and grow
​With more than a decade of growth under its belt and new creative modules popping up daily, it is clear that the modular industry is much more than a passing phase. And even though the market has expanded dramatically, the craftsmanship nature of the industry is stronger than ever: “We're all still a bunch of small companies that are super passionate about what we do," says ​ Gonçalves. "Since we occupy a niche market, creators can be extremely free in their designs — but of course the big brands are all paying close attention to everything. It is my belief that in years to come the modular synth will gain as much respect as an instrument as a guitar or piano.”

With ten years behind the company and dozens of modules on the market, many things about ADDAC System remain the same. “I never had a big plan and still don't," Gonçalves confides. "I deeply love what we do and still feel the same drive as the day I started,” . Perhaps the most important aspect of the company is maintaining the freedom to design and grow as it pleases. “We still maintain the ultimate creative freedom in our designs since we have no investors or board to answer to. We only answer to our customers.”
​

About ADDAC System
​ADDAC System develops advanced instruments for sonic expression. The company began in 2009 with an ambition to explore the potential crossover between analog synthesizers and computers. Today, ADDAC System's product line is focused on a new breed of hybrid synths that utilize the best of both the digital and analog worlds. We've grown to be able to reach thousands of enthusiastic clients, friends and collaborators. ADDAC System's solutions — which are used in many musical genres — can be found in many personal studio throughout the world and routinely used by musicians in several planes of stardom. 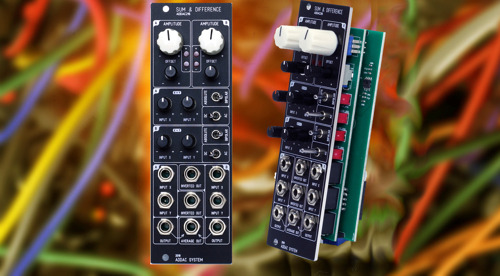 From Portugal with love: entirely new kind of mixer that also enables the subtraction of two signals

New ADDAC605 gradually tilts the frequency spectrum of the audio signal, making it a powerful but simple to use EQ 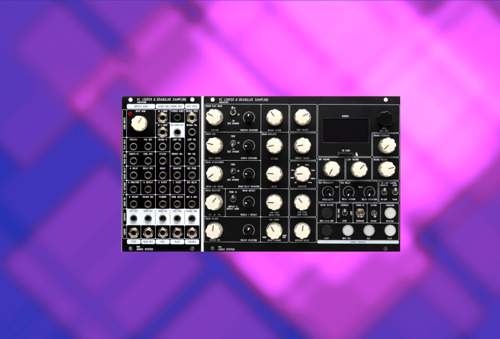